Everything you ever wanted to know about CSL Shirts

The following is a post from the sponsors of the Chinese Football Podcast – Football Shirt Memory – which looks at the history of official team jerseys in China, why fans aren’t always so happy with their team’s kits, and numerous other peculiarities surrounding their existence…

The Chinese Super League (CSL) has become a major deal over the past few seasons, with the commercial value of the league growing year on year. For fans who are not based in China but have a focus on the CSL, you may be wondering why CSL shirts are so difficult to find?

Nike began sponsoring the CSL in 2009, a time in which Chinese football was possibly at its lowest ebb. The deal was heavily criticised as the US kit manufacturer awarded most teams their ‘teamwear’ template as the official apparel, which does not necessarily reflect the rich cultural diversity of China. Despite this, the relationship with Nike was important for two reasons. The first being that before 2009 most teams did not sell official replica shirts – in other words, there was no established market for them.

The second, being that Nike’s prestige improved the global image of the CSL immeasurably. However it is correct to point out that Nike do actually provide bespoke designs for the ‘Big Four’ teams (currently Guoan, Shenhua, SIPG and Evergrande). The agreement is similar to Adidas’ MLS deal, however the disparity in purchasing power compounded by the lack of a sportswear market between China and the US, means that it would not make commercial sense for Nike to tailor shirts for all teams (as per the Adidas-MLS arrangement).

In the early years of the deal, retail customers were able to purchase jerseys of all CSL clubs directly from Nike China. This represented a gigantic step forward for Chinese football, as fans were able to source official replica shirts for the first time. After few years though, Nike stopped publicly selling the jerseys of those teams which had not been attracting a high demand, subsequently inflating the second hand trading market. For example, a 2017 Changchun Yatai Home shirt could be priced at around £120-150, owing to the fact that it was not on public sale. The same logic applies to away shirts, as these are generally more expensive than home shirts; a salient point indeed for Chinese shirt collectors, as in the West the home shirts generally have a higher value than away shirts. 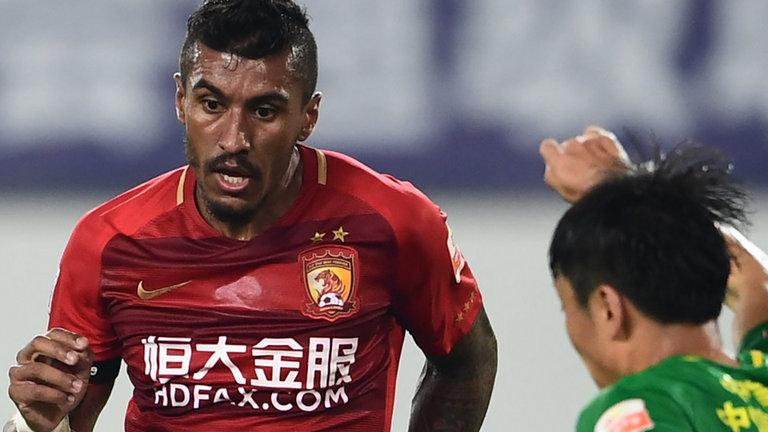 Nike provide two versions for the CSL’s ‘Big Four’: namely, replica and player issue. Player issue shirts are slim fit in design, and are usually lighter than the replica version. They may also have some additional details on the shirt. The quantity is limited, and so player issues routinely sell out very quickly, despite the fact that they are about twice the price of replicas.

For the remaining clubs, Nike provide the replica version only for general sale. Despite being manufactured by Nike, these shirts lack the relative ‘kitroom’ quality of the aforementioned. It is rumoured that each player receives four match shirts (two home and two away) per season from Nike (restricted due to the value of the sponsorship deal), and it is for this reason alone that players do not swap shirts after matches. Nevertheless, the match day jerseys handed to CSL-registered players all come in the player issue version (even for teams other than the ‘Big Four’), and the only chance to obtain these shirts is to personally request them from either the players or club officials. 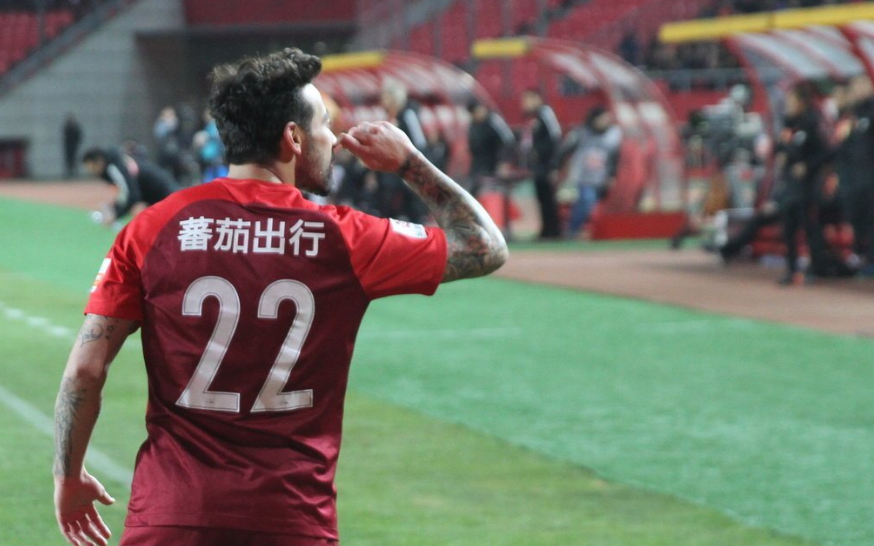 An example of an official shirt…

Every season when Nike release new CSL shirts, the jerseys are plain without any sponsors. This is because there are numerous misgivings on the kit sponsorships of CSL clubs, which is not aided by the Chinese Football Association’s (CFA) stance. After all, the CFA do not place restrictions on changes to sponsorship during the season, and teams can have front, back and right sleeve sponsors. It is also worth noting that the CSL does not feature players’ names on the back of their club’s shirts. No one knows why, as this issue has been discussed for many years, but poses difficulties for clubs when needing to source nameblocks from a local or centralised supplier.

If you are a regular viewer of Chinese football you may have noticed that kit room professionalism is lacking in China. Evem the mighty Guangzhou Evergrande fined their own staff for not having a proper kit during an ACL match earlier this season and instead using black tape to change the appearance of numbers on the backs of shirts. However, like the English Premier League, the CSL has its professional printing partner which has a license to manufacture all CSL sleeve patches, CSL and ACL numbers, and some sponsors for teams and retail customers. Fortunately, this means that official and unofficial merchandise are normally easy to distinguish.

For a ‘complete’ CSL shirt, Nike provide a plain template, while the CSL’s official partner provides both sleeve patches and numbers. Most teams will then acquire their sponsors from local suppliers, which happens to complicate matters. You can now see the inherent value in CSL shirt collection, as a complete shirt must wallow through a number of stages before it reaches the finished article, while only a handful of retailers have the necessary resources to link all three parts of the chain. Another interesting piece of trivia is that the CSL is the only league in the world in which the sleeve patch is embroidered on the left arm, rather than on the right arm. So if you see a CSL shirt with sleeve patch on the right arm, you know it’s probably a fake! 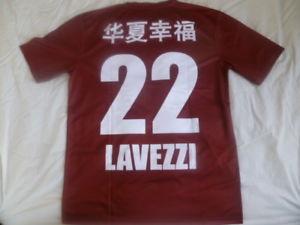 Drawing this tutorial to a close, the question on your lips right now must be, “but where can I find these rare shirts?” Football Shirt Memory (FSM) is a UK-based boutique football shirt website, which sells official-only CSL shirts. All CSL merchandise they offer undergoes the three stage litmus test for quality, so you will receive an official Nike shirt with the full sponsors, and official numbers and sleeve patches applied.

It is now FSM’s second year of selling CSL shirts outside the Greater China region, and they have already established a sterling reputation in this area. Another global retailer, Subside Sports, occasionally sell the most popular CSL shirts with the help of FSM; however, if you are looking for something really niche, FSM’s shirt finding service is a superb starting point.